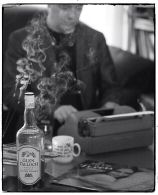 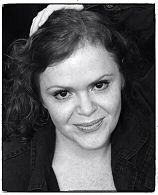 Actress, writer and voice artist. Most known for her role as Nina, in Office Space. Least known for her background vocals of the ‘Psyenece Detective’ theme song. Currently resides in Los Angeles, California. She improvises weekly in a show called Shplotz! She slept with the editor-in-chief of The Bacon Post to secure her position. 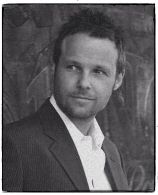 Editor and Head of Advertising 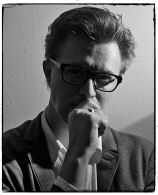 Dutch photographer, literary editor and play writer. Studied Theatre and Modern Dance (BA). Makes photos that show the melancholic calmness of frozen moments. His motto: the depth is on the surface.
Used to write poetry in German. Currently lives in Utrecht, The Netherlands.
Shanghai is his second home. 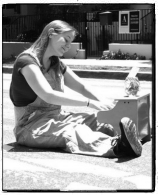 Jill hails from New England, which makes words like “Wicked” frequent in her vocabulary. She is part of the Impro Theatre School’s premiere performance ensemble where she performs completely improvised, full-length plays. She also writes, produces and stars in her own short films when she isn’t busy holding down a full time job at a production company in Los Angeles.

Lizze is an actress-filmmaker residing in LA. Gordon is most known for scripting #Captured, Coven, and Escape Room: Puzzle of Fear. You may also recognize her as the lead of #Captured or from Coven, where she plays the witch Sophia Fox. With a colorful background of higher education, it’s shocking how much Gordon loves Keeping Up With The Kardashians.