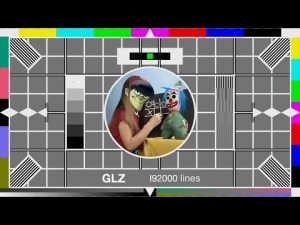 After 7 years the Gorillaz are back with a new album.  Yesterday 2-D (lead vocals, keyboards) and Murdoc Niccals (bass guitar and vocals) were interviewed by the British radio DJ Mistajam at the YouTube Space in London. The other two band members, Noodle (lead guitar) and Russel Hobbs (drums and percussion), were not present.

The interview was a live broadcast and fans could post their questions. Unfortunately, I was not online to ask the band members how their very good friends Damon Albarn and Jamie Hewletts are doing.

Telekom Electronic Beats, the channel that broadcasted the interview, called their broadcast the “online event of the century”. If you want to know if they weren’t exaggerating, you should see the interview for yourself. One thing is certain, their video-still, an improved Children’s BBC test card, is undoubtedly the video-still of the century.

A Willy Wonka scene converted into a jazz dialogue 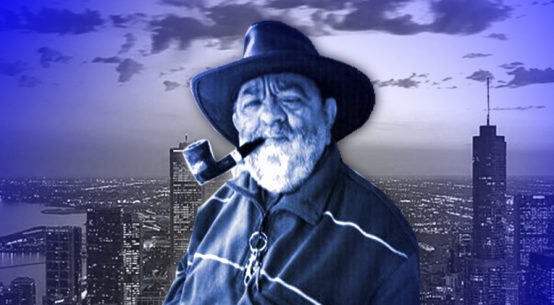